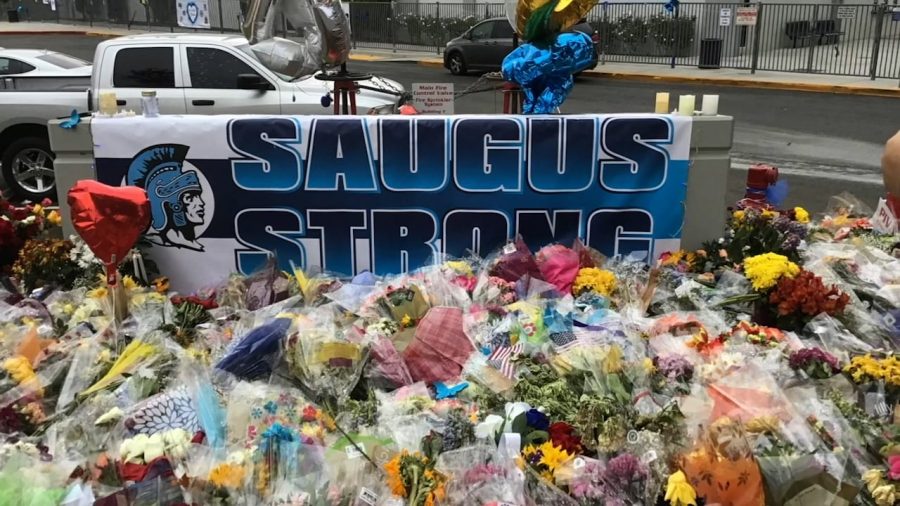 In an effort to bring the Saugus community together in remembrance of Gracie Muehlberger and Dominic Blackwell, Saugus High School along with other members of the Santa Clarita community plan to hold a “Unity of Community” live virtual event.
The event is scheduled to take place on November 14, what is now known as Unity of Community Day, and start at 6:00 p.m. The event is set to be aired live, with students able to access the event link through the Saugus website here, or by an email sent out on November 12.

The link will also be available at any time after the live airing so students can watch at any time that feels most right to them.

Organizers hope that “Unity of Community” will do just that: bring the students, staff and families of Saugus together, even from home. While the event revolves around the remembrance of Gracie Muehlberger and Dominic Blackwell, it aims to also honor them by promoting a strong and united community.

“You look at the Muelhberger and Blackwell families, and in all their pain they’re still focused on helping us heal as a community,” said Principal Vince Ferry. “Gracie and Dominic have brought this whole community together. And they continue to bring us together. They [the Muehlbergers and Blackwells] want you to honor Gracie and Dominic by keeping the community strong and united.”

Originally, the show of strength and unity in light of the one year remembrance was created with the intent that it would take place at Central Park, which was recently voted by the City of Santa Clarita to be dedicated to Gracie Muehlberger and Dominic Blackwell. Sadly, as the coronavirus pandemic grew in severity and has since remained in high numbers, an in-person event was deemed unsafe in accordance with health protocols.

This would not stop the efforts of organizers to create something special for the Saugus community, and like many have had to do in the past months, they adapted the event to an online live format.

Planning began in May, with participation from various individuals, families and organizations. According to Ferry, a committee from the City of SCV representatives was formed to advise the making of the event. The Muehlberger and Blackwell families were also heavily involved in the planning of “Unity of Community,” shaping its theme and message. Hart district personnel, Saugus News Network (SNN) and an ASB representative all collaborated on the event as well.

“It was very exciting to be a part of something that was bigger than myself and that would pay tribute to the events that happened last November 14,” said Mackenna Ivey, ASB sophomore class president, who was the ASB representative present at meetings. “I hope the event will allow for students some form of closure,” she added.

Similar to the weeks and months following the tragedy, there has been an outpouring of support, donations, and participation in the one year remembrance from around the Santa Clarita Valley. From mental health resources, to dedicated murals and now the “Unity of Community” event, Saugus and SCV have demonstrated time and again their ability to come together under tragedy.

“With a wide spread amount of resources, students have the chance to get guidance and feel the same love and support they felt last November […] I think it will serve as a great opportunity for our Saugus students to connect with their own emotions and find ways to cope,” said ASB Student Body President Katie Thanaet.

While still in the process of editing, the event is expected to begin with opening remarks from Mr. Muehlberger and Mr. Blackwell, followed up by Hart District Superintendent Mike Kuhlman and Santa Clarita Mayor Cameron Smythe. Students can then expect to view an all-Hart district schools’ choir performance and a Saugus choir performance, dedicated to the event.

When speaking with Principal Ferry, he also mentioned efforts to thank law enforcement and first responders who were present on November 14, as well as the number of service organizations that came to Saugus in the following months. “In the past four weeks we have brought all these people into school just trying to put this [the remembrance] together. I think it’s important that they know how much we appreciate what they’ve done for our community,” said Ferry.

Saugus 10th grade student Brock Gelles’ original spoken word poetry was selected to be read during the remembrance, after the school sent out emails inviting students to submit original poetry or solo performances to be selected to perform during “Unity of Community.”

A solo performance from 10th grade Saugus student Katie Sutherland is also planned for the remembrance. Sutherland spoke to The Scroll about how she found comfort and strength in the form of music throughout the “chaos last year brought” and was motivated to apply for the solo performance, knowing the impact music has on healing. “Nothing about this remembrance is easy, but I know where my hope and faith stands. I just wanted to do a song that showed we are bigger than this. What crushes us does not break us,” she said before adding, “the remembrance is just one way I can show love and care for our school and our community.”

Saugus student involvement is heavily incorporated into the remembrance, particularly with the expected montage of student’s finishing the sentence,“Saugus strong to me is…” It is just another aspect of the event that brings the Saugus student body together.

“Unity of Community” will then conclude with a slideshow honoring Gracie Muehlberger and Dominic Blackwell, featuring pictures.

The idea of community and service to others is strong throughout the event and it’s making, a concept that Ferry expects to continue on. “A big part of the theme moving forward for years to come will be highlighting opportunities for students and families to volunteer, whether it be to help nonprofits, to doing service projects in the community, to giving donations. Keeping the community strong and united through service to one another,” he said.